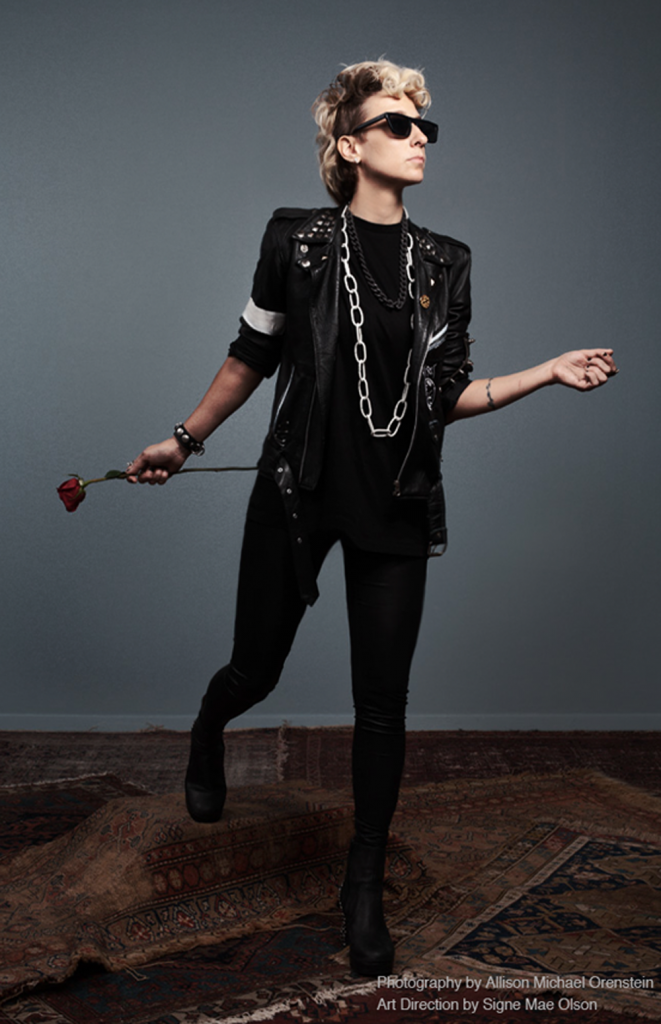 People at Parties is a self-produced bi-coastal trio based out of Brooklyn NY and San Fransisco CA. LK Naps (Vocals), Kelly Harris (drums) and Becky Kupersmith (synths) have been creating their brand of 80′s synth-low-fi for more than 2 years. They first made waves in the underground dance scene with a melodic synth-pop Flexi-Disc EP on Project Infinity Records featuring the sing-along, drum-heavy anthem ”Say,” which resonated with listeners who appreciate the cross-genre influences the band evokes. The Boston Phoenix picked “Happy Birthday,” a dark 80′s epic anthem, as one of 2011′s best new singles.

Their reputation of being “indebted to dance culture” is well earned. The band’s first official full length self-titled release came out November  2013 in digital form. Official vinyl will be pressed in February 2014. The LP was a self release, offered to fans on a sliding scale donation basis. The record was preceded by a remix by producer/performer André Obin, who was labeled a “synth pop craftsman” by pitchfork for the song “Mazes,” the hit single on the album.

Uber Rock Magazine UK writes: “The self-titled debut by the band People At Parties is a work so vibrantly avant garde and stylishly underground that it appears to have had a life of its own.” They have been described by Michael Morotta of Vanyaland (Boston Phoenix) as “haunting 3am batcave electro … led by the haunting vocals of LK Naps.” Unholy Rythms says: “Pulsating, pounding synths that rightfully nod to the sounds of yesteryear while remaining fresh and tenebrous-foggy effervescence.”

The full length LP maintains the band’s classic sound and stays true to the edgier side of dance culture, but features a boldness and melodicism that brings nostalgic feelings to lovers of all genres. Rich synth hooks, deep beats, vocal homage to the midnight howl, a story commanded, and theirs is a dedication to juxtaposition between the sinister and the romantic.