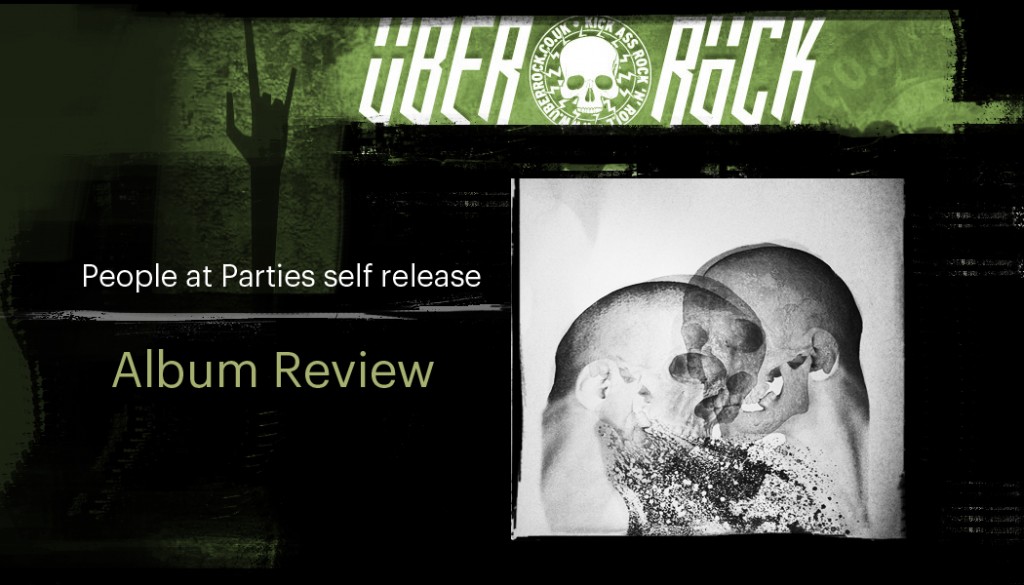 The release of the full-length CD marks a game-changer in modern popular music. It is darkwave with a 1980s feel for those of us that may not have much found anything previously in the genre we could treasure ourselves. The self-titled debut by the band People At Parties is a work so vibrantly avant garde and stylishly underground that it appears to have had a life of its own.

The sincere communication of feeling captured properly in the recording process is what sets great music apart. That which bears witness and displays culture alien to the listener transcends the medium and occupies a place alongside anything else that which is a cut above. The musicians who crafted this recording seem to have been so captivated by what they were making as to make whatever sacrifice they needed to complete it. The listener will doubtless find it was all well worth the effort.

“We have faced so many twists and turns trying to put this record out, it feels really great to have this vision out there. We really pulled together as band to make this happen and have grown so much as artists because of it. The best part of this album is playing it live though, it really is a story from beginning to end and I think while performing the live show, during the growl and howl of it, we each get to dig into that ‘place’ and give the audience a real physical connection with what we felt when we wrote these songs. Connecting is a huge part of it.” Said singer LK Naps of the release.

LK’s assertive, commanding vocals offer one of the more distinctive new sounds in techno. As majestic as it is mysterious her singing voice blends beautifully with the music which accompanies it injecting soulful humanity into the tempestuous texture of the electronica. Her vocal range covers emotional territory as well as octaves. At times sinister, often sad but always melodic this is a voice made to sing the anthemic kind of tunes that mark the times in which they were composed.

The tracks with most mainstream appeal are ‘Control’ and ‘Mazes’ but the opening track, ‘Picture Perfect’, with its hint of danger and driving beat is sure to be the favorite among many. ‘Tides’ and ‘Black Reign’ are the edgier compositions which anchor the album. The fifth track, ‘Say’, is such a melange of techno with exotic tribal rhythms that it demonstrate an utterly fearless approach to musical experimentation. The seventh track, ‘Mineral Material’, showcases the pounding percussion of hard-hitting drummer Kelly Harris intermingled with Rebecca Kupersmith’s ambient synth

The band divides time between Brooklyn and San Francisco and a growing following embraces them wherever they play.