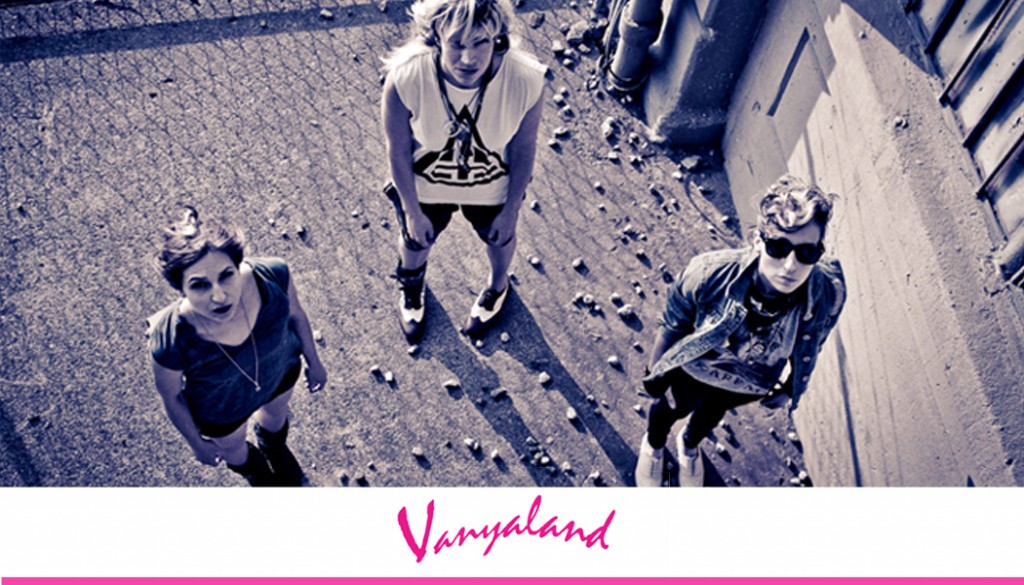 People at parties are generally seen and not often heard. People At Parties are quite the opposite; the Brooklyn/San Francisco dark dance trio first surfaced a few years ago with a collection of scrappy, bass-heavy demos that merged ’80s darkwave with modern electronic vibrations. Then, as tracks like “Control” and “Mineral Material” started to show up on indie dance night playlists from one coast to the other, the project seemingly disappeared. Back in October, they started making a new racket online with “Mazes,” a midnight stroke of smoky pop that felt more like a resurrection that comeback.

Turns out it was just the start of an influx of new music, and in December People At Parties quietly dropped their debut self-titled LP — on their own dime and on their own time. Early tracks like the aforementioned “Control” pummeled like a violent kiss, but newer stuff like “Black Reign” exudes a more self-confident polish. Live favorite “Say” throws it back to ’80s city culture, while “Picture Perfect” thrusts it back underground with percussion raising a glass to Joy Division’s “She’s Lost Control.”

Now, People At Parties return to Boston on Saturday, performing at Great Scott — where I booked their last local performance, September 2011 @ the pill — on a wondrous bill alongside fellow New Yorkers JD Samson and the MEN and Boston electro-punk upstarts Thrust Club. Back when Vanyaland was hyping up Andre Obin’s remix of People At Parties’ “Mazes,” I chatted briefly with frontwoman and dance floor howler LK Naps about the trio’s new record, which you can stream below as you wade through the words.
[hr]

[hr]
Michael Marotta: About two years ago we fell in love with a few early demos and they are showing up now on the new LP. Is this record a culmination of the past two years?

LK Naps: Yes, we really wanted to release a full length album as opposed to singles. We miss the days of records that had a story to tell and gave you a sense that the story starts somewhere and takes you on a journey, so we feel this body of work really represents us as a band and represents all of the twists and turns that we have faced over the past two years.

Why did you decide to self-release?

It just felt like the right thing to do, being that we are all control freaks and all have a strong vision in what we want things to sound like and feel like. Our Voice is very focused and compromising didn’t feel like an option.

Also, it allows us to put the record out in a creative way, we really wanted to make the record available for people interested in our whole concept …so having the opportunity to make decisions about artwork and the way it is purchased makes us feel closer to our message, our experience and essentially closer to our fanbase.

We decided to use a sliding scale donation based service that has various tiers that allow people to purchase not just the record but everything from screened t-shirts that we do ourselves to a handmade zine that gives people a glimpse into each members various endeavors.

Is your sound indicative of any sort of scene of sound in NYC right now? Or is p@p a lone wolf type of project?

Hopefully it’s like a tidal wave that sort of wipes out the idea of separation of genres and clears a path for artists to mix and match. The idea is that we do what feels like truth, and let the beast howl. It really is the creature in the basement that has been unleashed. (By the way our rehearsal space is actually underground and our old space was wiped out by a tidal wave.)